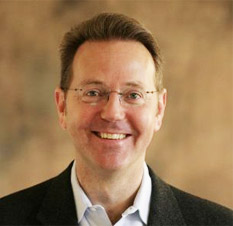 Jeffrey Wager, M.D.Chairman & CEO
In addition to his CEO role, Jeff is co-founder and chairman of the board of directors of Proterris. Jeff has over 25 years of senior operating experience in the life sciences, beginning in 1991-1995 with a unit of the Bank of Tokyo, advising Japanese pharma clients on international clinical development & strategic alliances.

From 1995-2000, he was with Medical Science Partners (a Harvard-sponsored VC fund), which invested $100M over two funds, including seed/Series A investments in ICAgen, Inspire, deCODE, Oravax/Acambis, ZYCOS, amongst others. In 2000, he founded and has since led Apeiron Parthers, LLC, a FINRA-registered investment bank focused on corporate spin-outs, completing six to date (including Targacept, Inc. (from RJR), Artisan Pharma, Inc. (from Asahi) and Biocritica (from Lilly)), as well as a variety of other strategic transactions and company formations.

From 2003-06, he was the advisor to the establishment and investment of Z-Cube s.r.l., the €60 million corporate VC arm of the Zambon Group (Italy). Between 2006-10, he formed and led Artisan Pharma, Inc. as its founding CEO, raising $53 million, building the entire team and co-designing and managing a 750 patient, 17 country Phase 2b/3 critical care study, leading to Artisan’s acquisition in 2011. Between 2011 – 2016, he was the principal advisor on the sale of United Medical Ltda. (Brazil) to Biotoscana and a board observer to the resulting Grupo Biotoscana SL, a leading Latin American specialty pharma roll-up financed by Advent International & Essex Woodlands Healthcare Ventures.

Through his role at Apeiron, Jeff is also a co-founder and chairman of EnBiotix, Inc., an engineered antibiotics company. Jeff earned his M.D. at Rush Medical College and his MBA from the University of Chicago.

Kourosh Saeb-Parsy, M.D.Acting Chief Medical Officer
Dr Saeb-Parsy is a University Lecturer, Reader in Transplantation, and Honorary Consultant Transplant Surgeon in at the University of Cambridge Department of Surgery. He has also been a Fellow, Dean, and Director of Studies in Clinical Medicine at Fitzwilliam College since 2003.

His laboratory research interests are focused on the cellular and immune response to transplantation, the impact of ischemia reperfusion injury on acute and chronic graft function, and the immunogenicity of stem cells and their derivatives. His clinical research is directed towards identification of donor and recipient factors that can affect graft and patient outcomes after kidney, pancreas and liver transplantation. 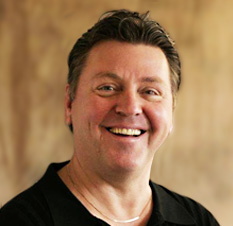 Joseph WagerVice President, Business Development
In addition to his VP Business Development role, Joe is also a co-founder and board observer of Proterris. Joe has over 30 years of senior level experience focused on strategy, R & D, operations, corporate finance, business development, marketing and sales issues within the life sciences sector.

A Managing Director of Apeiron Partners LLC since 2006, Joe is also a Principal in Commonwealth Pharmaceutical Partners, LLC, the FINRA registered broker-dealer affiliate of Apeiron, and as such holds all necessary licenses. Prior to Apeiron, Joe was a life sciences strategic management consultant for 20 years in firms such as Medicus/Publicis (Managing Director), IBM/The Wilkerson Group (Principal), CSC Healthcare (Prinicpal), EDS/A.T. Kearney (Managing Consultant) and MDS. Joe was also VP of Pharmacoeconomic Research and Business Development for Prescription Solutions, a Pacificare/United Healthcare Company. Joe has lived in the U.S. and Europe and has worked in all major life science markets.

In addition, Joe has an extensive background in both clinical and experimental transplantation, having worked as a surgical assistant and in organ preservation for several years prior to his management consulting career.

Benjamin PerroneDirector, BD & Finance
Benjamin Perrone has over ten years of biomedical research, development, and translation experience. In addition to his role at Proterris, Ben is a Senior Associate at Apeiron Partners and the Senior Manager of Business Development at EnBiotix, Inc., an engineered antibiotics company also co-founded by Apeiron Partners.

From 2011 to 2014 he worked as Senior Associate, New Ventures in the Boston University Office of Technology Development, where he helped spin out nearly a dozen NewCos built around Boston University technologies in the life sciences, med tech, and healthcare I.T. spaces, and built a new application and evaluation process for the Ignition internal gap funding award program, with templates later incorporated by the BU Coulter Foundation Award and requested by the NSF SBIR program.

He was also a Program Leader at the Boston chapter of the Startup Leadership Program, an angel-sponsored training program for outstanding startup founders and innovators, and splits his free time between kite-surfing and bridge. He received his Ph.D. in Biomedical Engineering from Boston University, where his thesis studied auditory neural physiology and neural coding between primary and secondary auditory areas in songbird animal models. His post-doctorate work, also at Boston University, focused on sensory neural coding in the mouse whisker model. He has a B.A. with Honors in Physics from the University of Chicago.